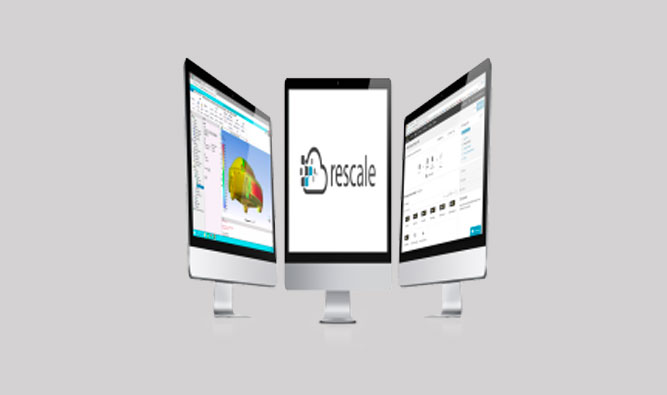 I was recently presented with a unique opportunity to compare the results of full ANSYS CFD simulations with the results obtained using the new ANSYS Discovery Live product, which provides results instantly upon changing the geometry without interrupting a run. I was very pleased and surprised by the speed and accuracy of Discovery Live in this comparison test. I work for Astec, Inc., the subsidiary of Astec Industries that builds asphalt plants. Roadtec Inc., another Astec Industries company, builds asphalt pavers, reclaimers and material transfer vehicles (MTVs). An MTV helps to accomplish non-stop, non-contact paving by offering a continuous supply of Hot Mix to the paver. By separating dump trucks from the paver this way, contractors are able to make a smoother finished road. MTVs are delivered to the job site on a flatbed truck that can reach speeds of 70 mph. Depending on the operator of the flatbed, the MTV might be facing forward or backward, resulting in different air flow patterns around the MTV. These patterns would produce very different forces on the components of an MTV during transport, so it was necessary to ensure that the components would be able to resist these forces no matter the orientation of the MTV on the flatbed. My colleagues at Roadtec approached me initially to analyze the forces on an experimental canopy that is being considered to offer shade and comfort to the machine operator. The canopy is a thin, rectangular, non-metallic shield. Roadtec engineers wanted to make a support for the canopy to ensure that it would not fly off during transport on the flatbed, and needed to know the maximum air forces the canopy would experience in transport whether facing forward or backward. With my experience in running CFD simulations, they turned to me for answers. I used ANSYS Fluent to model and mesh the canopy and run it through a series of CFD simulations at various angles over the course of about five days. I was able to determine the maxim

We use cookies on our website to give you the most relevant experience by remembering your preferences and repeat visits. By clicking “Accept”, you consent to the use of ALL the cookies.
Do not sell my personal information.
Cookie SettingsAccept
Manage consent

This website uses cookies to improve your experience while you navigate through the website. Out of these, the cookies that are categorized as necessary are stored on your browser as they are essential for the working of basic functionalities of the website. We also use third-party cookies that help us analyze and understand how you use this website. These cookies will be stored in your browser only with your consent. You also have the option to opt-out of these cookies. But opting out of some of these cookies may affect your browsing experience.
Necessary Always Enabled
Necessary cookies are absolutely essential for the website to function properly. These cookies ensure basic functionalities and security features of the website, anonymously.
Functional
Functional cookies help to perform certain functionalities like sharing the content of the website on social media platforms, collect feedbacks, and other third-party features.
Performance
Performance cookies are used to understand and analyze the key performance indexes of the website which helps in delivering a better user experience for the visitors.
Analytics
Analytical cookies are used to understand how visitors interact with the website. These cookies help provide information on metrics the number of visitors, bounce rate, traffic source, etc.
Advertisement
Advertisement cookies are used to provide visitors with relevant ads and marketing campaigns. These cookies track visitors across websites and collect information to provide customized ads.
Others
Other uncategorized cookies are those that are being analyzed and have not been classified into a category as yet.
SAVE & ACCEPT